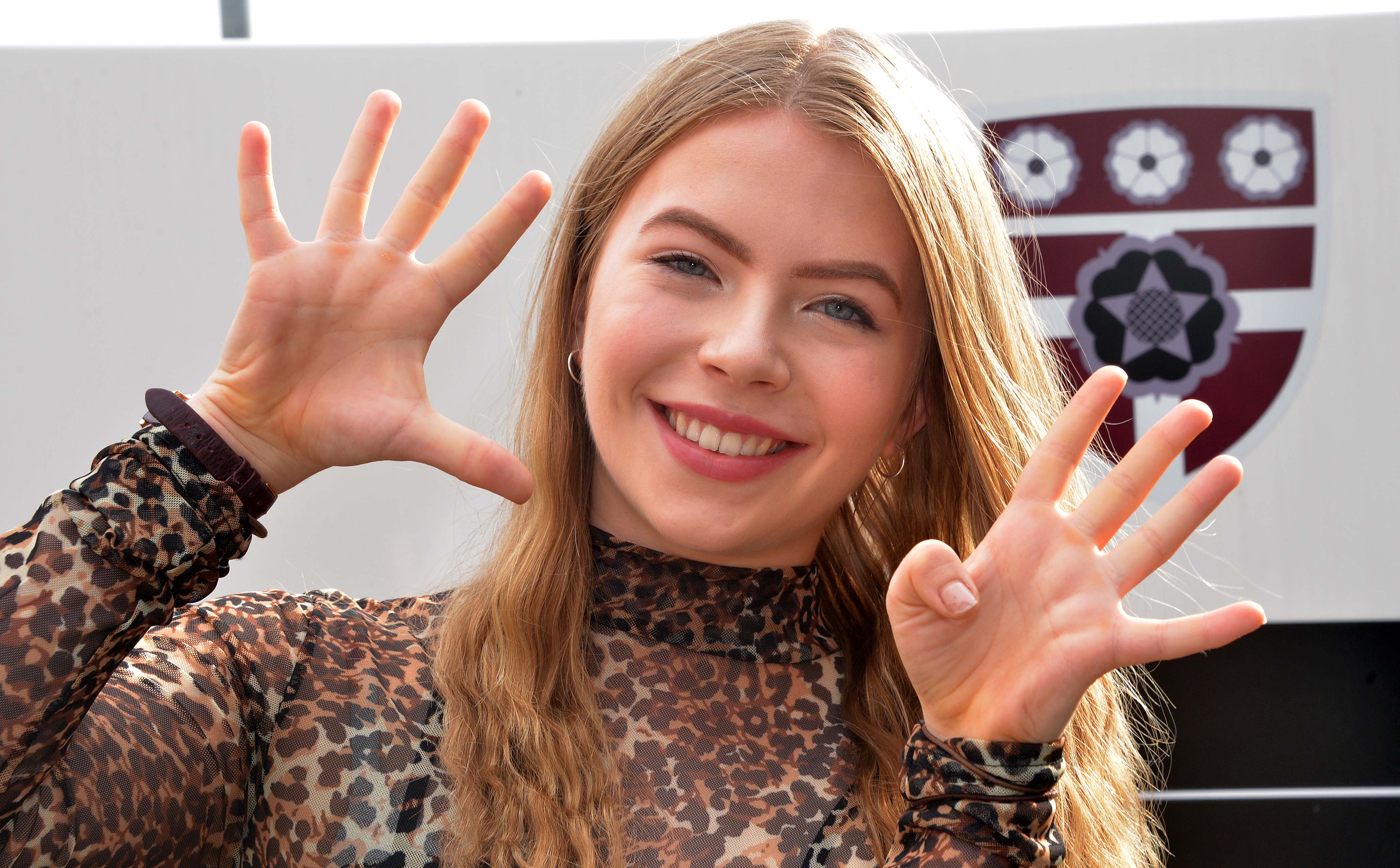 Outgoing Head Girl at Vale of York Academy, Holly Cairns, has swept the board today as she picks up her GCSE results.

16-year old Holly has achieved an incredible nine Grade 9s as well as a Grade 8, an A* and an A. She also received a Grade A in her A Level Maths which she collected last week and a Grade A in AS Level Maths last summer.

Holly said “I’m a little bit in shock but over the moon! I didn’t think I could beat the feeling of getting my A and AS Level results, but today wins, hands down! I feel very lucky to have been a part of Vale of York Academy. The staff there have supported me all the way through my studies so I’d like to say a huge thank you to them all.”

Helen Dowds, Principal at Vale of York Academy said “We’re delighted for Holly, this is a truly outstanding achievement. She has worked incredibly hard, applied herself with enthusiasm and resilience and has been a delight to teach.

“As our outgoing Head Girl, Holly has shown real dedication to the school and her peers this year and I’m sure she has a very bright future ahead of her. We’re very proud of her and wish her well with her future studies!”

Holly is now going on to Archbishop Holgate’s School Sixth Form where she will take A Levels in Biology, Chemistry, Physics and Further Maths with the aim of then going on to study Medicine at university.

We are looking to recruit an Advanced Teaching Assistant, to work 25 hrs per week, term-time only, with groups of students and/or individuals. If you would like to work at our amazing school and within @HopeSentamuLT take a look: buff.ly/2YSopA6 Closes 1 November.

Great to host the @YorkISSP Year 8 Breakthrough event. Sparky pupils and teachers from schools across York debating which key things which have changed the world. 👍👍 @StPetersYork @schoolstogether @ISC_schools @HMC_Org pic.twitter.com/2PbY…

Y8 Breakthrough - what a resounding success! Provocative, challenging, charismatic...and all in a day's work for six of York's finest teachers. All the new ISSPers say Thank you! pic.twitter.com/e8BN…

We are looking to recruit an Advanced Teaching Assistant, to work 25 hours per week, term-time only, with groups of students and/or individuals. If you would like to work at our amazing school and within @HopeSentamuLT take a look: buff.ly/2YSopA6 Closes 1 November.

It was fantastic to see everyone at our Open Evening last night! Thank you to all those who came. If anyone has any questions or was unable to attend and would like to visit, please do contact us: hello@voy.hslt.academy #nextsteps #newschool

This website uses cookies to improve your experience while you navigate through the website. Out of these, the cookies that are categorized as necessary are stored on your browser as they are essential for the working of basic functionalities of the website. We also use third-party cookies that help us analyze and understand how you use this website. These cookies will be stored in your browser only with your consent. You also have the option to opt-out of these cookies. But opting out of some of these cookies may affect your browsing experience.
Necessary Always Enabled