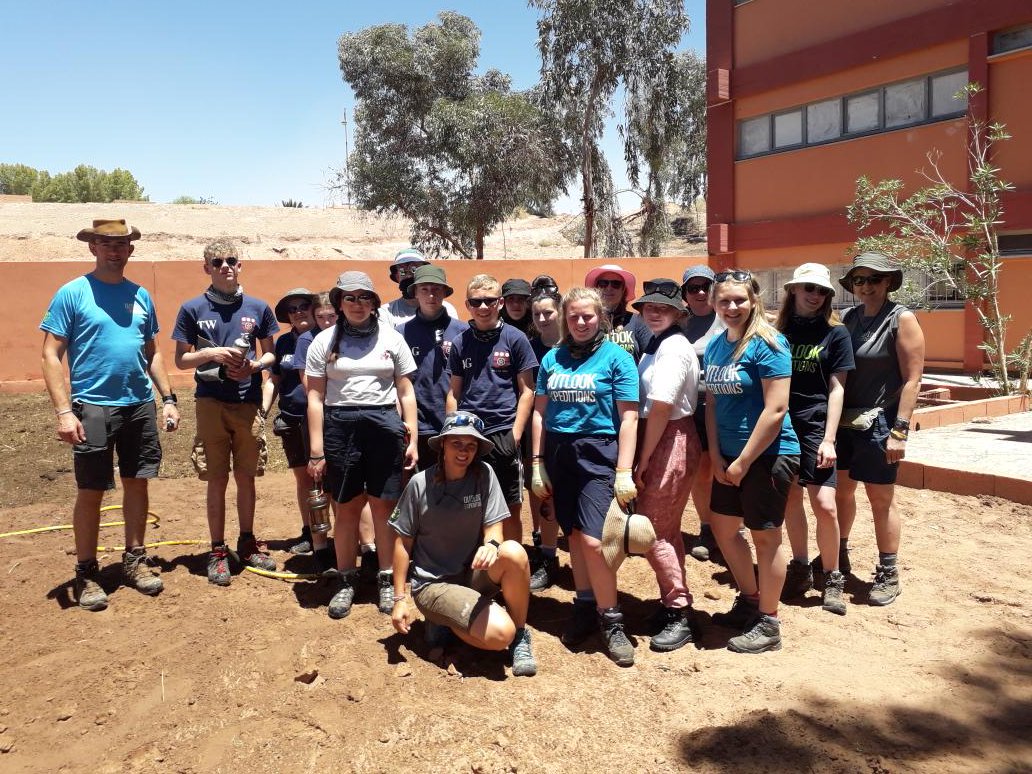 The 2019 expedition to Morocco was absolutely awesome!

The trip has been in the planning for the group for over two years. The fourteen students worked hard during this time to raise £30,000 to fund the trip. The students had to raise the money rather than it just being a ‘paid-for’ trip, which made the experience so much more rewarding.

The trip involved a mixture of activities including working on a community project, learning about a different culture and climbing the highest mountain in North Africa.

The group visited the Avon Academy, a charity school project in Ouarzazate on the edge of the Sahara Desert which aims to improve local schools and students’ knowledge of languages; mainly English but also Arabic, French and Berber. The project also hopes to encourage cross cultural understanding amongst youth groups worldwide. Whilst there, the Vale of York students and staff spent four days creating a school garden (in 39 degree heat!) at the Lycée Mohammed VI school.

The group also spent time camping at Cascade D’Ouzoud and exploring the trails around the 110m three tiered waterfalls, before heading to Mount Toubkal, North Africa’s highest peak, for a four-day trek. The trip finished with sightseeing in Marrakech.

Here are just a few of the many photos from the trip: