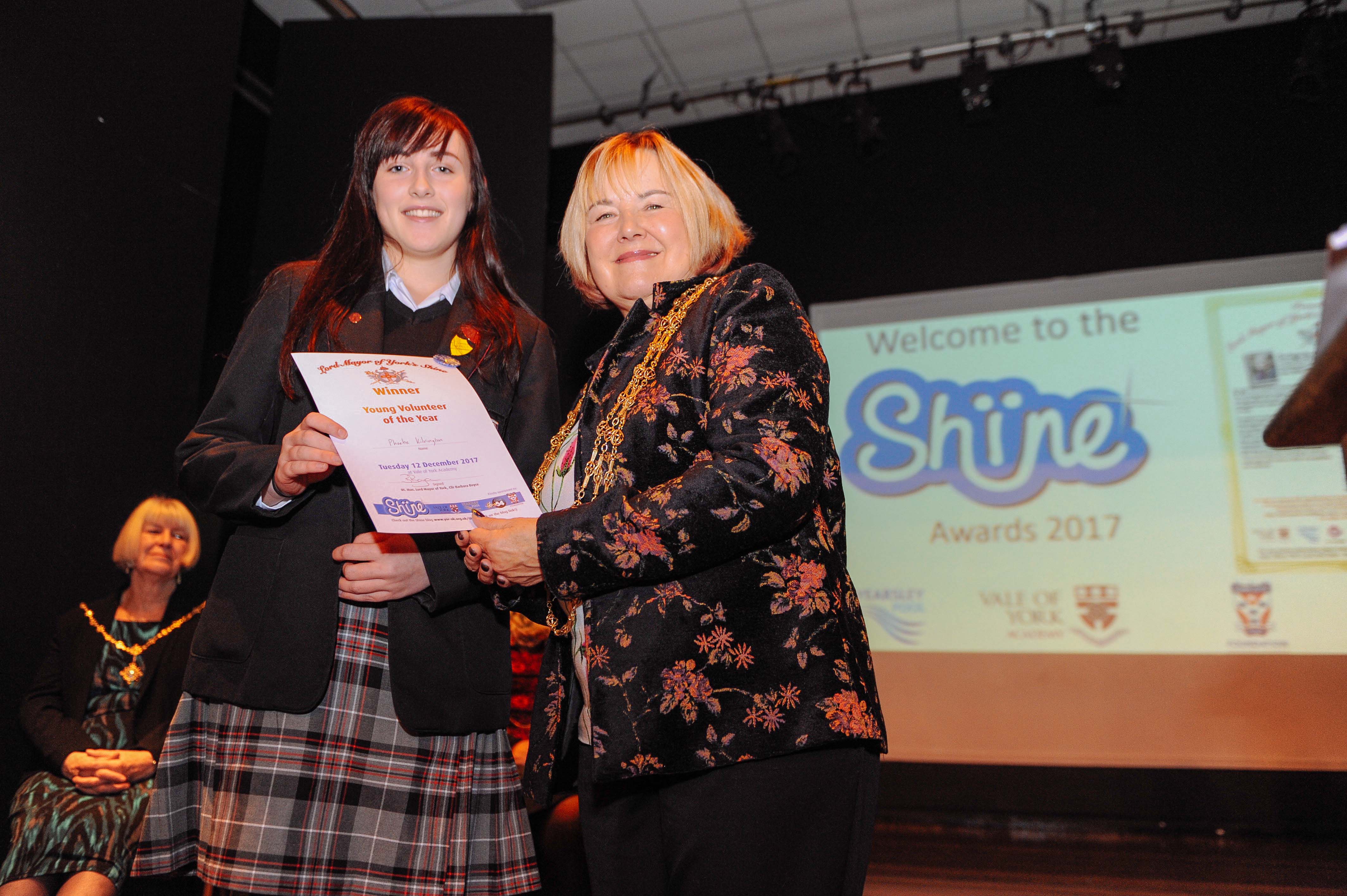 Volunteers who dedicate their time to work with young people across the City of York were recognised last week at the annual Lord Mayor’s Shine Awards.

The event, held at Vale of York Academy on 12 December, celebrated the contributions of individuals and organisations who work with young people in many different ways. The Right Honourable Lord Mayor of York, Barbara Boyce and the Civic Party were in attendance to congratulate the winners and hand out the certificates.

One of the highlights of the evening was the presentation of the Ann McKeown Award for Excellence. This award was introduced last year in memory of Ann who died suddenly in July 2016. Ann was a much loved Headteacher of Huntington Primary Academy and an avid supporter of the Shine Awards. Her husband, Geoffrey, handed out the awards to a dozen deserving individuals who give up their time for the benefit of young people in our city.

Event organiser, Tim Waudby, Community & Partnerships Officer at City of York Council, said “The Shine Awards allow us to really celebrate the incredible work, time and dedication that so many York citizens put in to helping young people in so many ways. It always proves to be a very emotional evening and I am humbled every year by some of the stories we hear.

“We were delighted to hold the awards ceremony at Vale of York Academy this year for the first time. They did an amazing job of hosting the event and everyone was made to feel incredibly welcome, so a big thank you to them.”

One of the winners of the Volunteer of the Year Award was Phoebe Kilvington of Vale of York Academy.  Year 11 student Phoebe set up a mentoring scheme within her school to support the new Year 7s as they moved from primary to secondary school. She has recruited a team of mentors who will continue to work with the younger students throughout the academic year.

Phoebe is pictured above receiving her award from the Lord Mayor.