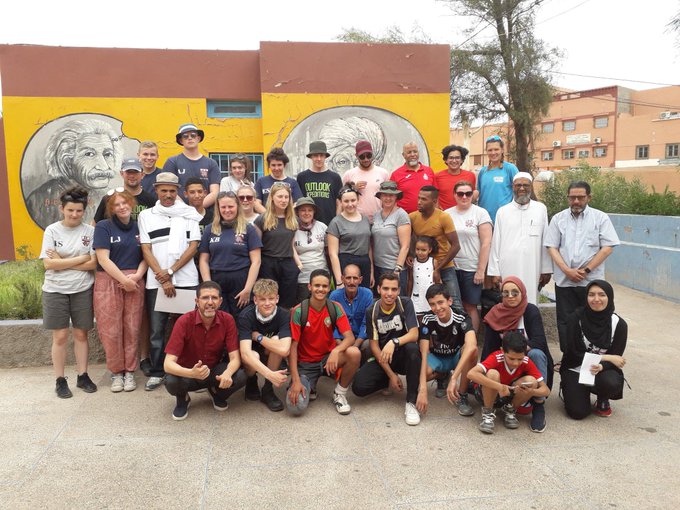 Students and staff from Vale of York Academy have experienced the trip of a lifetime this summer, during a jam-packed two-week long adventure in Morocco.

The trip has been in the planning for the group for over two years. The fourteen students worked hard during this time to raise £30,000 to fund the trip. The students had to raise the money rather than it just being a ‘paid-for’ trip, which made the experience so much more rewarding.

The trip involved a mixture of activities including working on a community project, learning about a different culture and climbing the highest mountain in North Africa. 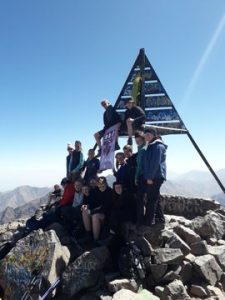 The group visited the Avon Academy, a charity school project in Ouarzazate on the edge of the Sahara Desert which aims to improve local schools and students’ knowledge of languages; mainly English but also Arabic, French and Berber. The project also hopes to encourage cross cultural understanding amongst youth groups worldwide. Whilst there, the Vale of York students and staff spent four days creating a school garden (in 39 degree heat!) at the Lycée Mohammed VI school.

The group also spent time camping at Cascade D’Ouzoud and exploring the trails around the 110m three tiered waterfalls, before heading to Mount Toubkal, North Africa’s highest peak, for a four-day trek. The trip finished with sightseeing in Marrakech.

Trip coordinator and teacher at Vale of York Academy, Mark Rampling said “Taking part in an expedition like this is so much more than a school trip. This is a journey that will stay with the students forever. It was eye-opening, challenging and truly life-changing; we all experienced different cultures and environments whilst developing an array of life skills. In addition to supporting a fantastic community project to help those in need, the students learned a few words of a new language, they trekked across Morocco, ate a Moroccan diet which was new to most, made new friendships and naturally now have endless stories and experiences to talk about for a long time!

“The students have all worked so hard over the last couple of years raising funds for the trip, holding events, bag-packing in supermarkets, creating products to sell at fayres – they have been amazing and so committed. I am immensely proud of the students and look forward to launching Morocco 2021 this month for the next cohort of students.”

The Moroccan experience was led by Outlook Expeditions, a leading independent provider of youth expeditions.