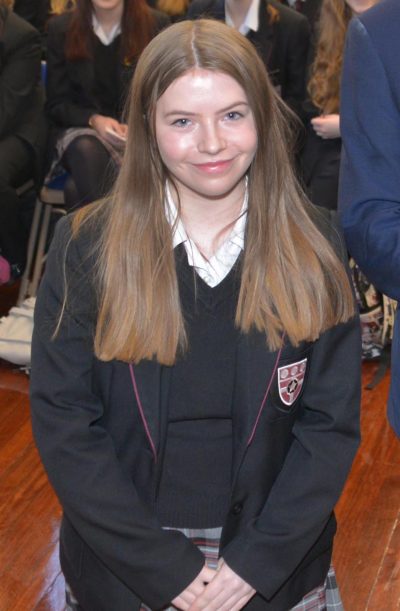 A York school girl has achieved a Grade A in AS Level Maths at the tender age of 15.

Maths whizz, Holly Cairns, who will be going into Year 11 at Vale of York Academy in September took the AS Level Maths exam in June alongside students at least two years older than her. She is going on to take A Level Maths next summer alongside her GCSEs.

Holly said “I was so pleased to get a Grade A, I think I was a little bit in shock when I got my results! I’m really proud to be part of Vale of York Academy, the staff there have supported me all the way through my AS studies.”

Helen Dowds, Principal at Vale of York Academy said “We’re thrilled for Holly. She has a natural ability for Maths, but she also works really hard and applies herself with dedication and resilience to everything she does not only in Maths but also as our Head Girl. We’re very proud of her for getting the best grade possible!”