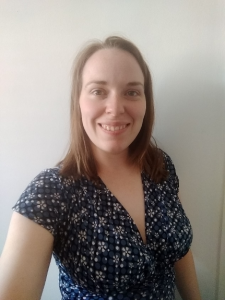 Achievement: Translator for the United Nations

I left in 2007, went to York College, then to Lancaster University to study French and Spanish. I now have a Masters in Translation with Interpreting, and before having my daughter I was working in London as a subtitler. I often tell people I watched TV all day – it’s not far wrong, I just also had to write or translate subtitles at the same time. I worked on Netflix shows, corporate videos, and a real variety of stuff. I’m passionate about accessibility in the media – subtitles are a large part of this but I’m also trying to spread the word about audio description as well.

I could never have imagined that this would be where I ended up after school. I’ve lived and worked in Paris, Geneva and Bilbao in Spain (yet at school, I was probably the least adventurous person!). I have been doing freelance translation for the UN, among other organisations, and I’ve given a paper at an academic conference about using translation as a way to revive minority languages.

Since having my daughter, I’ve been turning to something totally different and started a small cake business. It’s always been a hobby (though ironically I didn’t take Food Tech for GCSE!), and now it’s growing and I can fit it in around my family. I’m sure I’ll go back to translation in the future, but I want to tell anyone reading this that it’s not a case of doing one thing forever. You might not know what you want to do, or you may think that because you’ve messed around at school you’re never going to amount to anything. It’s simply not true, it’s never too late, and you might be surprised where your interests and hobbies can take you if you’re ready to work hard and put the effort in.