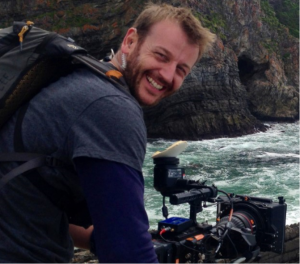 I’ve been self-employed for 20 years as a television cameraman. I’m based in London these days, and was in Manchester for several years before that, but I got my start in late 1997 at a small production company in York which made regional items for Yorkshire TV and Tyne Tees.

It’s been a very interesting job to date. Although hard work and often very long hours it’s incredibly rewarding and no two jobs are ever quite the same, so it’s never boring. It’s enabled me to travel a great deal to some very special and unusual places…be it the hottest place on earth, the Danakil Depression in Ethiopia, a desert island in The South Pacific, filming surgeries in an operating theatre, or a remote village in Uganda, to more recently climbing Mount Kilimanjaro for Comic Relief’s Red Nose Day.

I’ve also been very privileged to meet a huge array of people from different walks of life, as well as the odd celebrity encounter here and there.

Being a freelance cameraman allows me to work for any channel or production company and over recent years I’ve been involved with some well-known television shows including: ‘Gogglebox’, ‘Masterchef’, ‘The Apprentice’, ‘Hunted’, ‘First Dates’, and most recently ‘Celebrity Hunted.’