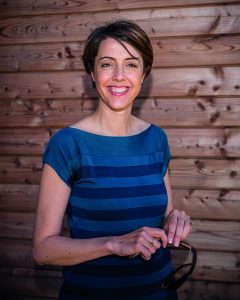 Kate was at the school between 1983 and 1988. She joined CLIC Sargent, the UK’s largest children’s cancer charity, in 2015. The role provided her with an opportunity to work strategically across both national policy and operations as well wrestling with the challenges of income generation in the increasingly challenging and scrutinised UK Charity environment.

Previously CEO of the Myton Hospice Group, providing palliative care across Coventry and Warwickshire, both this and her current role gives her a great insight into the NHS as well as strengthening her understanding of the power of ‘locally’ and ‘nationally’ branded charities.

Previously she has been Director of Strategy for British Red Cross (3 years) following 13 years in various operational delivery roles in the same organisation. She was on the Board of Directors for 7 years, the previous 4 in the position of Director of UK Operations (Wales and Western England). This gives her practical leadership experience in both operational and strategic management at all levels, including working with volunteers in service delivery, governance and measuring impact. She is well connected throughout the voluntary sector and enjoys acting as a switch, connecting people across the sector. She has an MBA and has attended Harvard to learn how to measure things that don’t want to be measured – such as impact!

In April 2020, Kate took up her role as CEO of the Alzheimers Society.

She lives in Coventry with her husband and 2 children. Kate has an informal and people-centred style, she values the concept of life long learning and as such enjoys meeting people and organisations who challenge her. Follow her on Twitter at @kateleeCEO