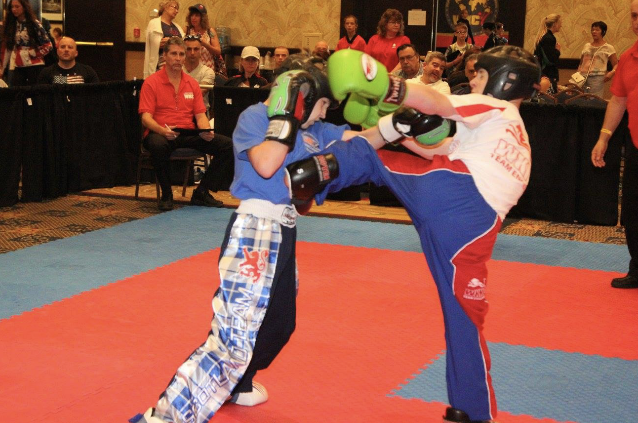 Vale of York’s very own Harvey Fisher (8MR) has kicked his way to success at the 2017 World Karate & Kickboxing Championships in Orlando.

12-year old Harvey returns home with a silver medal in the 12-and-under category. He beat off some stiff competition from all over the world, fighting against a Guatemalan kickboxer in the final.

Harvey, who lives with his parents Susan and Gareth in York, has been kickboxing for almost four years. He trains alongside his mum and dad at X Martial Arts, based in Acomb.

Harvey says “I got in to kickboxing a few years ago after I’d watched The Karate Kid and other martial arts on TV. I love training and competing, but my favourite bit is sparring with weapons such as nunchucks, Bo staffs and sports swords.

“I’d like to say a huge thank you to my coaches Jay Britland and Luke Burks who have both spent hours and hours preparing the team for the competition. I’m also really grateful to Vale of York Academy as they gave me time off school so that I could compete.”

Harvey shared his success with his parents who travelled to the United States with him to watch him compete.

Mum, Susan, says “We are extremely proud of Harvey’s drive and dedication. He trains at least two to three times per week as well as giving up most weekends for competitions. To top it off he’s a kind, gentle and considerate boy who always puts other before himself. He really deserves this success and is already talking about going for gold next year!”