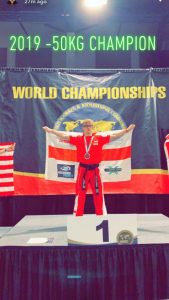 A York school boy has kicked his way to success at the 2019 World Karate & Kickboxing Championships in Niagara Falls, USA, earlier this month.

Harvey, who lives with his parents Susan and Gareth in York, has been kickboxing for almost six years. He trains alongside his mum and dad at X Martial Arts, based in Acomb, York, up to six times every week, often starting at 6am before school.

Harvey’s dad, Gaz Fisher, said “We are very proud of Harvey, his commitment and his success. Not only does he have to train hard before and after school, he also has to follow a strict diet. The trip to Niagara was incredible, but not without substantial financial cost. Harvey was very lucky to receive some sponsorship from local businesses and The York Active Sports Award charity, so we’d all like to say a big thank you for their support.”

Talking about his success, Harvey said “I’m very proud to be part of WKKC England. The past four years have been a whirlwind. I’ve attended World Championships in Florida, Dublin and Niagara Falls, earning myself three gold and one silver medal. I was also the first European boy to win a silver medal at the WKC Pan American Championships in Guatemala earlier this year.

“I’d like to thank my Mum and Dad, Vale of York Academy for giving me time off from school and for supporting me and also my sponsors: Focusing Events, Clapham Commercials, RGM Valeting and GF Joinery York.

“I am very lucky to be part of an amazing Martial Arts school, X Martial Arts, where I’m surrounded by supportive coaches, and given so many opportunities. I am also very lucky to compete and teach in what I love. I’ll continue to work hard and I’m looking forward to 2021.”

Harvey is also taking part in the Certified Instructor Training Programme, under the guidance of Sensei Luke Burks, owner of X Martial Arts. He helps in classes, passing on his knowledge to other club members. 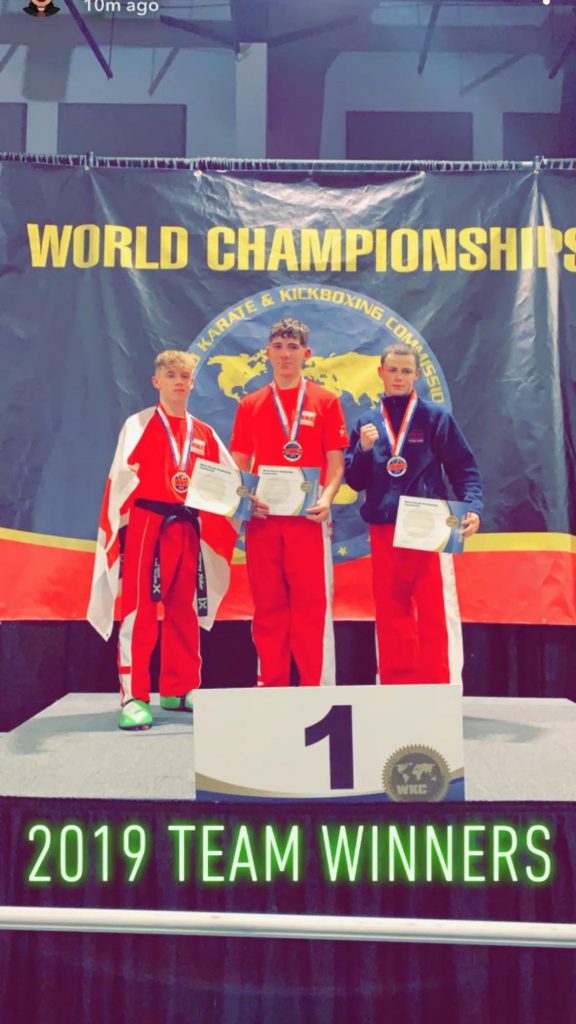