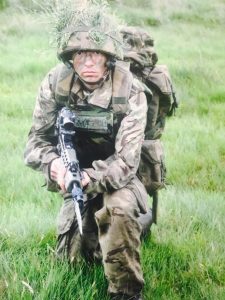 I attended Canon Lee from 2010- 2015. I wasn’t a star pupil and I didn’t get amazing grades. I also didn’t know what I wanted to do. I turned to the army and served 3 years until a fractured skull, eye socket and bleed on the brain put me on a medical discharge.

I thought that my luck was up, I lost a great job and again, didn’t know what to do. I then went and worked in a shop, working my way up after 4 months to a step up manager position. After a few more months I stopped working for the store.

I worked as a labourer at a building firm shortly after and then discovered what I wanted to do and slowly worked my way up until I was approached by the company owner who gave me a choice to either stay a labourer or work as a project manager and go to college and university, paid for by the company and of course I took this opportunity.

So now I am a project manager at a building company running my own team and making a very good wage.