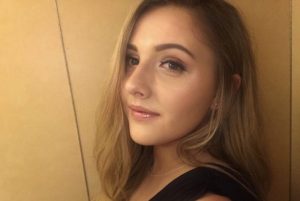 When I left school in 2013, I left with pretty good GCSE results, majority A’s and B’s with one C and my plan was to go to sixth form. I only stayed there for a few weeks and then transferred to college, I think this was because I felt I needed to be more independent and that being in a school setting again would be too comfortable. I also decided on studying very ‘academic’ subjects, Geography, Biology and Psychology. I had no clue on what kind of career these subjects were going to lead me to but I think I was drawn to what I thought looked good to other people. I only ended up completing my first year of A Levels at that time and the grades I received were E, U and D. I was really disappointed but I genuinely believed I just wasn’t ready at that point for the jump between GCSE’s and A Levels because there is a very big difference between the two. I decided to get some experience working in a customer service role and then I went on to do a Level 2 NVQ in business administration. When I’d completed that I realised I wanted to get some more qualifications behind me so in 2017 I decided to go back to college to do A Levels again, this time I decided to study Film, Media and Sociology which were subjects I had a genuine interest in. I balanced my course with some part time work at a shop and just last week I got my results and I got A, A, B, which I was so happy with. Although I have no immediate plans to go to university, I know I have the opportunity to do so.

I’m currently working at the hospital as a Medical Staffing Assistant so I’m responsible for the recruitment and employment of doctors and consultants and plan to do so for the next few years and save some money. Hopefully once I have some money behind me, I plan to look at applying for film and media related jobs in areas like London, Leeds or Manchester and will look at moving there if I need to.